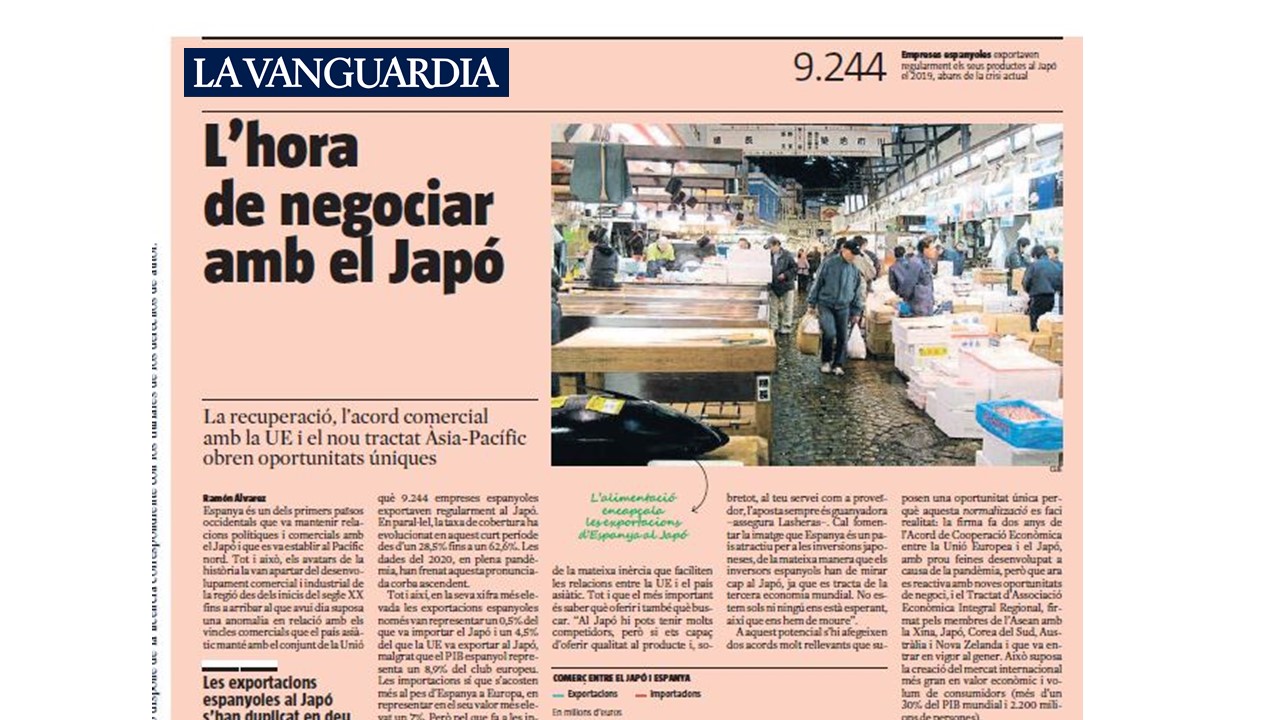 The supplement Dinero de La Vanguardia has published a report, entitled ‘Time to negotiate with Japan’, which highlights the long way to go between relations between Spain and the Japanese country, as well as the inertia that facilitate relations between the EU and the Asian country. The president of the Japan-Spain Business Circle, Jorge Lasheras, conducts this report, and highlights quality as an essential factor in negotiating with Japan. In your service as a provider, the bet is always a winner. We must promote the image that Spain is an attractive country for Japanese investments, in the same way that Spanish investors should look to Japan as it is the third largest economy in the world. We are not alone and no one is waiting for us, so we have to move ”. Lasheras also proposes new ways of collaboration, and in this sense, states that “Why not use Japan as the vehicle to reach the new markets that are opened through joint ventures, which are increasingly common in Japanese business culture? ”.

You could read the full article on this link.