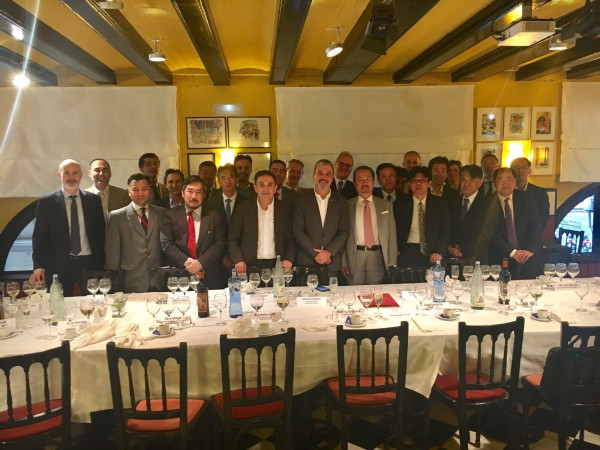 Posted on July 14, 2020By admin
Posted in Uncategorized

On 7 June, the Second Deputy Mayor of the City of Barcelona, Jaume Collboni, invited Japanese companies with a presence in his city to a dinner to exchange ideas about the current status and business development of Japanese corporations doing business in Barcelona.

The invitation was extended, with the support of the Consulate General of Japan in Barcelona, to the governing boards of CEJE and of Suiyokai, whose representatives attended the meeting. Also present were the Consul General of Japan, Naohito Watanabe, and Deputy General Consul Yuji Takeya.