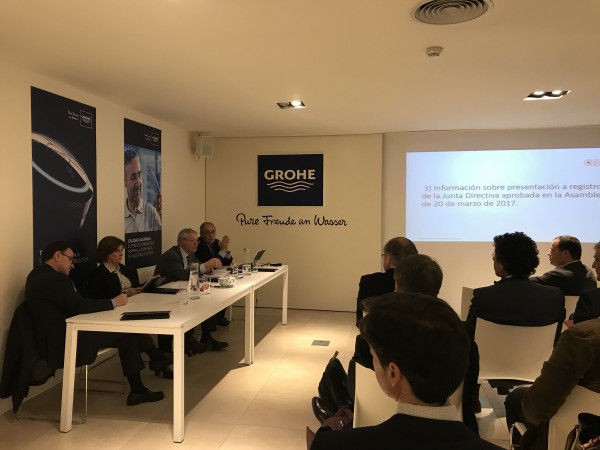 Posted on August 3, 2018By admin
Posted in CEJE News

On 26 February, the Japan-Spain Business Circle met at the facilities of its corporate partner, GROHE, Lixil Group,  to hold the association’s Annual General Meeting.

At the meeting, attended by an ample representation of CEJE partners, both the management carried out during 2017 and the 2018 budget were approved.

Furthermore, the members of the Board of Directors presented the 2018 activity plan, in the context of the celebrations of the 150th anniversary of the establishment of diplomatic relations between Japan and Spain, produced based on a prior survey taken by partners to gather comments and suggestions. This plan included the announcement of the Board of Directors’ decision to open new headquarters in Madrid, which will begin operation from 1 April.

Grohe, which hosted the event, then invited all attendees to a cocktail reception, promoting contacts and networking between those present.